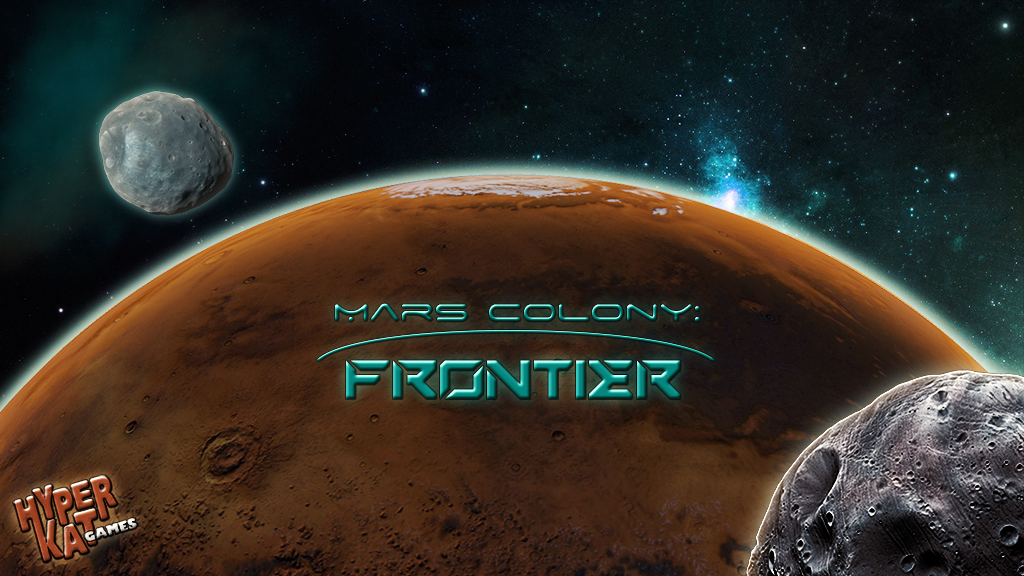 We have started development on the next generation of the Mars Colony game. This second version is code name Frontier and we have reached a late Alpha state.

Story line for the game

Update on the Mars colony. Ares base has been established. A steady stream of personnel and supplies are being sent to the colony. Major corporations from Earth have supported this effort by investing in a future of scientific and economic development. This has been a major success story for all mankind.

Media headlines from all over the Earth expounding on the success of our missions to Mars came to an abrupt halt after the crash of the global economy and the wars as a result of shortages of food and fuel. Mars missions have to be put on hold for political and economic reasons. The few ships that were already in orbit or on their way to the red planet would be the last source of supply and personnel sent for the foreseeable future. Ares Base was going to have to survive on it’s own until things on Earth could be resolved.

The global economy back on Earth has fallen even further into ruin resulting from the ever growing problem of supply distribution, and no clear solution for an end stands within sight. Bank and corporate stocks are falling to record lows pushing even the richest and developed of nations and territories into disarray. Civil unrest is running rampant all over the planet as populations demand reform. Aggressive protests in addition to riot demonstrations within the streets of capitals have caused gridlock throughout the planet.

In response, many governments are declaring states of marshal law in efforts to calm situations. Economists and sociologists say the global condition of Earth is worse than  the Great Depression of the 20th century. Pollution, cyber terrorism, and hyper – population are magnifying the problems that stem from rampant corporate greed.

Global treaties and agreements are on the verge of collapse as world leaders fail to reach a joint compromise on how exactly the world’s problems should be approached and tackled. A U.N. meeting in Aurion later this week will hopefully shed light on global leadership’s plan to restore peace and order to Earth.

visit www.hyperkat.com for more details on the game